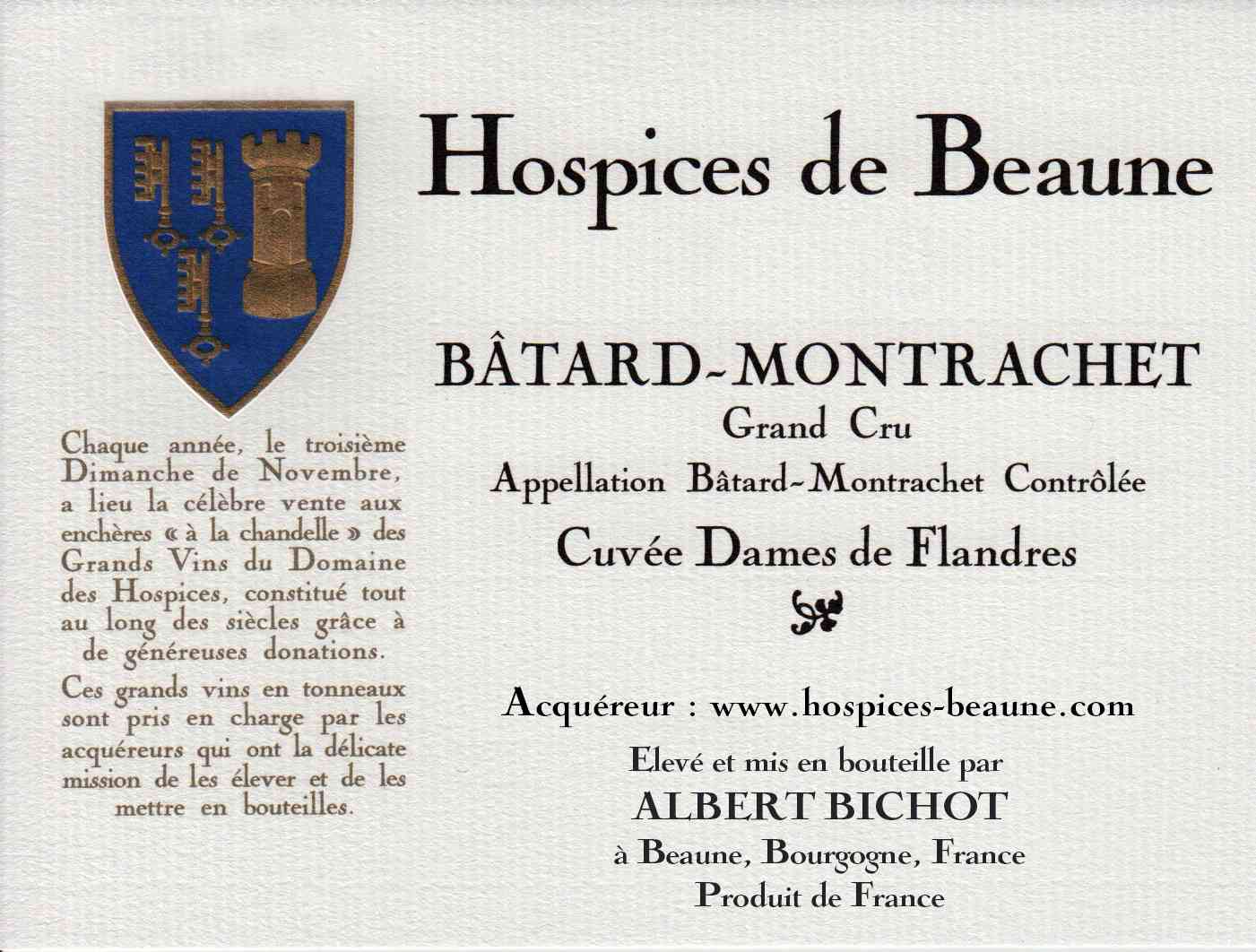 Fine clear bright primrose in colour, this wine demonstrates wealth of concentrated fruit from the first nose. Massive and flamboyant concentration but nothing is overdone. A perfect expression of a magical terroir at its best.

Best enjoyed on its own, almost religiously in all its splendour, or to marry with a refined cuisine that will let the wine be at the center of the stage.

This vineyard was planted in 1974. It was acquired by the Hospices in 1989, and named after the Ladies of Flanders, in commemoration of the origins of the community of Sisters who have cared for the sick of the Hôtel-Dieu, down the centuries. The vines lie in the commune of Chassagne-Montrachet. They regularly produce a great white wine which is striking for its minerality, its length of favour, its capacity to age and its exceptional complexity.