The first half of the growing season was the most difficult in living memory, the second half as close to perfect as anybody could have hope for. Despondent faces at the end of June displayed relief by the end of September. The old expression ‘juin fait la quantité, septembre fait la qualité’ was never truer.
There were hailstorms in the Mâconnais, though the Hospices de Beaune’s cuvée of Pouilly-Fuissé was spared, and in Chablis but the Côte d’Or was largely spared from this scourge. However the morning of 27th April changed everything. A cloudless night caused temperatures to drop below freezing – not by much, but the effect was more like a winter freeze than a spring frost. A huge swathe of vineyard was affected including many famous vineyards in the Côte de Nuits while the Côte de Beaune bore the worst of it – especially Savigny-lès-Beaune and parts of Pommard, Beaune and Meursault.
Erratic weather conditions in the weeks that followed prevented the vines from setting a second crop where the first had been destroyed. There was also severe pressure from mildew but vigilant work from the Hospices’ team of growers prevented any significant damage.
Finally, on Wednesday 22nd June came the first signs of summer with bright blue skies and real heat. From late July, throughout August and into September the weather was glorious, with a succession of golden sunny days as an Atlantic high protected France. Every so often the high gave way long enough to allow a day or two of cooler rainier weather, providing much needed sustenance, but in general conditions were hot, clear and sunny without much humidity.
The reds were more advanced than the whites, the vines themselves looked in fine condition but there were pitifully few bunches to be seen. The continuous sunshine enabled the grapes to ripen beautifully, for the uneven maturity to begin to some together, and to prevent disease.
The exceptional late summer weather continued through until some heavy rain overnight 14th/15th September and some showers over the next few days – welcome rain on the whole to relieve the vines which were starting to suffer from hydric stress and to reinvigorate the ripening process.
Picking started, earlier than originally expected, at the Hospices on Monday 19th September for the Pouilly-Fuissé after which the reds came through steadily over the next 8 days, culminating in Clos de la Roche on Tuesday 27th. Attention then turned to bringing in the white wines by the end of the week, the whole crop being harvested in excellent weather.
Though the teams on the sorting tables were ready for action, the grapes were mostly very healthy with the correct balance between sugar levels and acidity.

The aromas emerging from the fermenting vats were pure and refined, and all seems set fair to make some excellent wines in 2016 – but sadly in very small volumes for certain vineyards.
The red wines were fermented for about two weeks, to preserve their elegance. Ludivine Griveau, enjoying her second vintage as regisseur/oenologue at the Hospices de Beaune, pronounced the wines as they were brought out of their fermentation tanks as ‘bien dans leur peau’ (feeling good in themselves). “They have good colour, plenty of fruit and lots of flavour. There are no aggressive tannins, so they seem full bodied but silky, just like in 2010.”
The whites are pure and supple. Overall the mood is one of considerable relief after the difficult start to the year, indeed a sense of optimism for the brand new vintage.

Buy at the Hospices de Beaune auction with #1 buyer Albert Bichot, from 1 bottle to 1 barrel 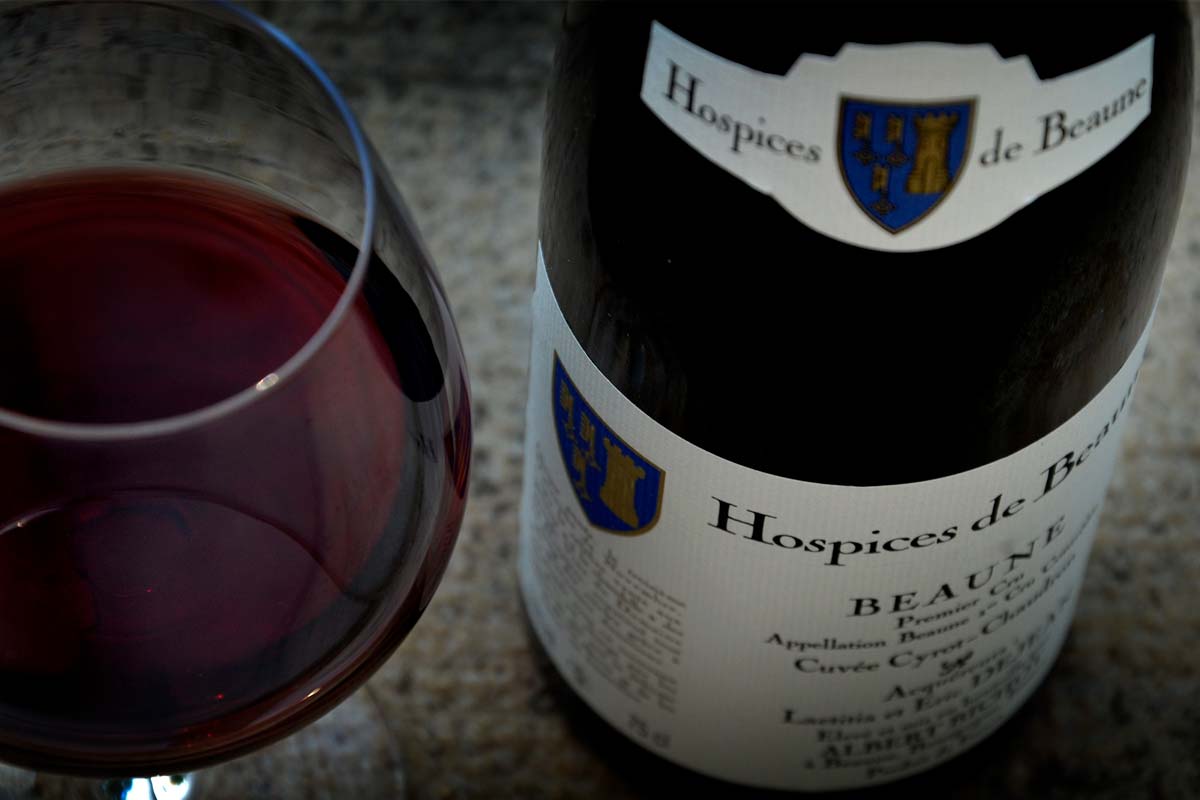 Buy from just 1 bottle at the Hospices de Beaune auction