The COVID 19 epidemic may have severely slowed down the global economy and a great deal of business activity, but work in the cellars and our Domaines’ vineyards continues and is keeping our brave teams fully occupied.

In the Burgundy vineyards, an early start for the 2020 vintage

In the Côte d’Or and Côte Chalonnaise, winter has been generally mild with satisfactory rainfall. However, the end of winter and the beginning of spring have been very dry, with above average temperatures for the time of year.

These conditions have resulted in rapid and unusually early bud break: the earliest our vignerons can remember, earlier even than 2007 and 2011 that held the previous record. In certain areas, debudding started as early as April 14th, for instance in our Chardonnays in Mercurey: dangerously early as the risk of frost would last for several more weeks.

There were several worrying episodes of frost at the end of March and early April, particularly in the southern Côte de Beaune, but these do not seem to have caused too much damage to the buds. In Chablis too, winter was extremely mild and the significant rainfall was most welcome after two very dry years. The growing season started very early, resulting in a long period when there was a risk of spring frost. We had a dozen nights with a risk of frost between March 23rd and April 15th, but we managed to escape serious damage.

At the present time the visible number of inflorescences in the vineyards of all our Domaines is highly satisfactory, giving us hope for a fine harvest. Nonetheless there are a number of remaining uncertainties, not least the climatic conditions in the coming days when we would expect flowering to occur.

In recent weeks, our teams have been ploughing the vineyards by horse, caterpillar or tractor depending on the slope or configuration of each parcel. Certain parcels proved unusually tricky: the wet, mild winter followed by intensely dry conditions meant that the clay in the soil did not fragment as usual and created lots of clods, making ploughing difficult.

In vineyards from Chablis in the north to Moulin-à-Vent in the south, the rapid growth of the vines is keeping our teams busy with the important work of debudding and tucking-in.

At the moment the profile of the 2020 vintage, in terms of the vines’ development, is similar to 2011 and 2007 when we began harvest at the end of August. All the same we are mindful that in 2014, which looked equally early, chaotic weather in the summer led to harvest being at least a week later than expected.

Even if it is too early to be sure of harvesting in late August, 2020 will certainly be another early vintage.

Even if the 2020 vintage is only in its infancy, it’s already possible to register for the 160th Hospices de Beaune auction on the 15th of November.
From 1 bottle to 1 barrel, the #1 buyer Albert Bichot is at your side to make you live a lifetime experience. 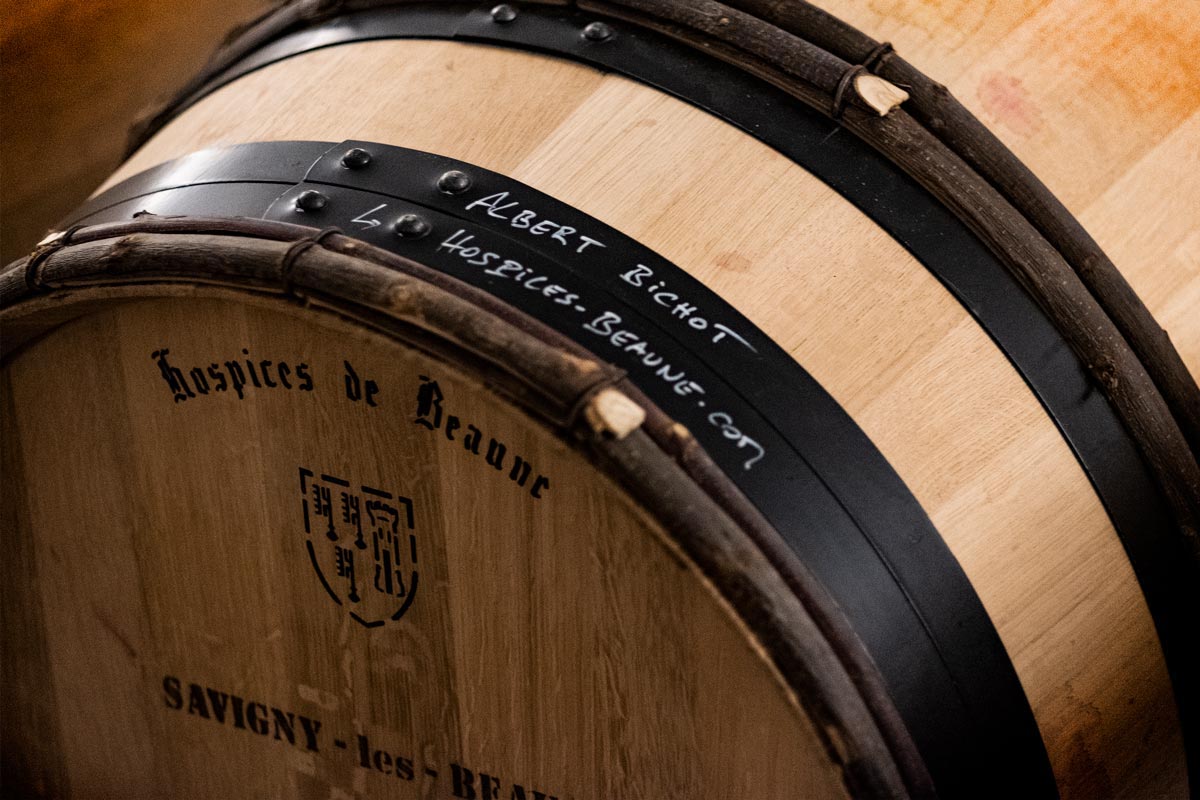 Buy a full barrel at the Hospices auction
288 legendary bottles