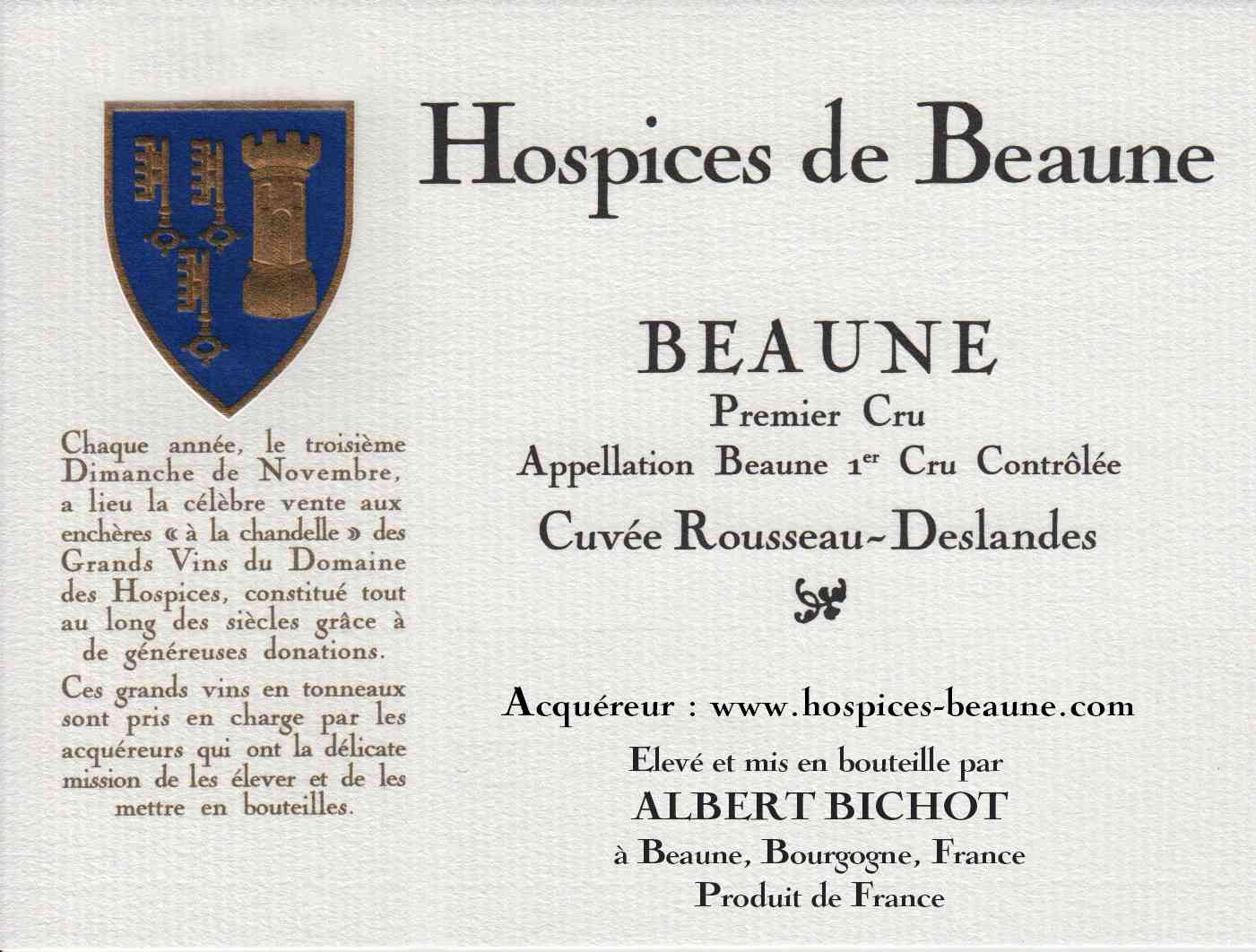 In 1645, Antoine Rousseau and Barbe Deslandes founded the Hôpital de la Sainte-Trinité, later known as the Hospice de la Charité. It was joined to the Hôtel-Dieu to form the Hospices de Beaune at the time of the Revolution. Its rôle has evolved with time. Initially, it welcomed orphans after plague epidemics; today it is an old people’s home. Les Cent Vignes with the majority of its vines dating between 1944 and 1958 is at the heart of this Cuvée (60% of the plantings). Close to Pommard, Les Montrevenots represents the balance of the Cuvée, with all its vines planted prior
to 1966.